Last month I had the pure pleasure of being in contact with actor turned rockstar DJ, Kristian Nairn; particularly known from his role on the television show, “Game Of Thrones.”

As soon as I was given the inspiration which was driven from folklore + rune symbolism, woodsmen characteristics, intertwined with my punk rock techniques, I began sketching t shirt ideas. 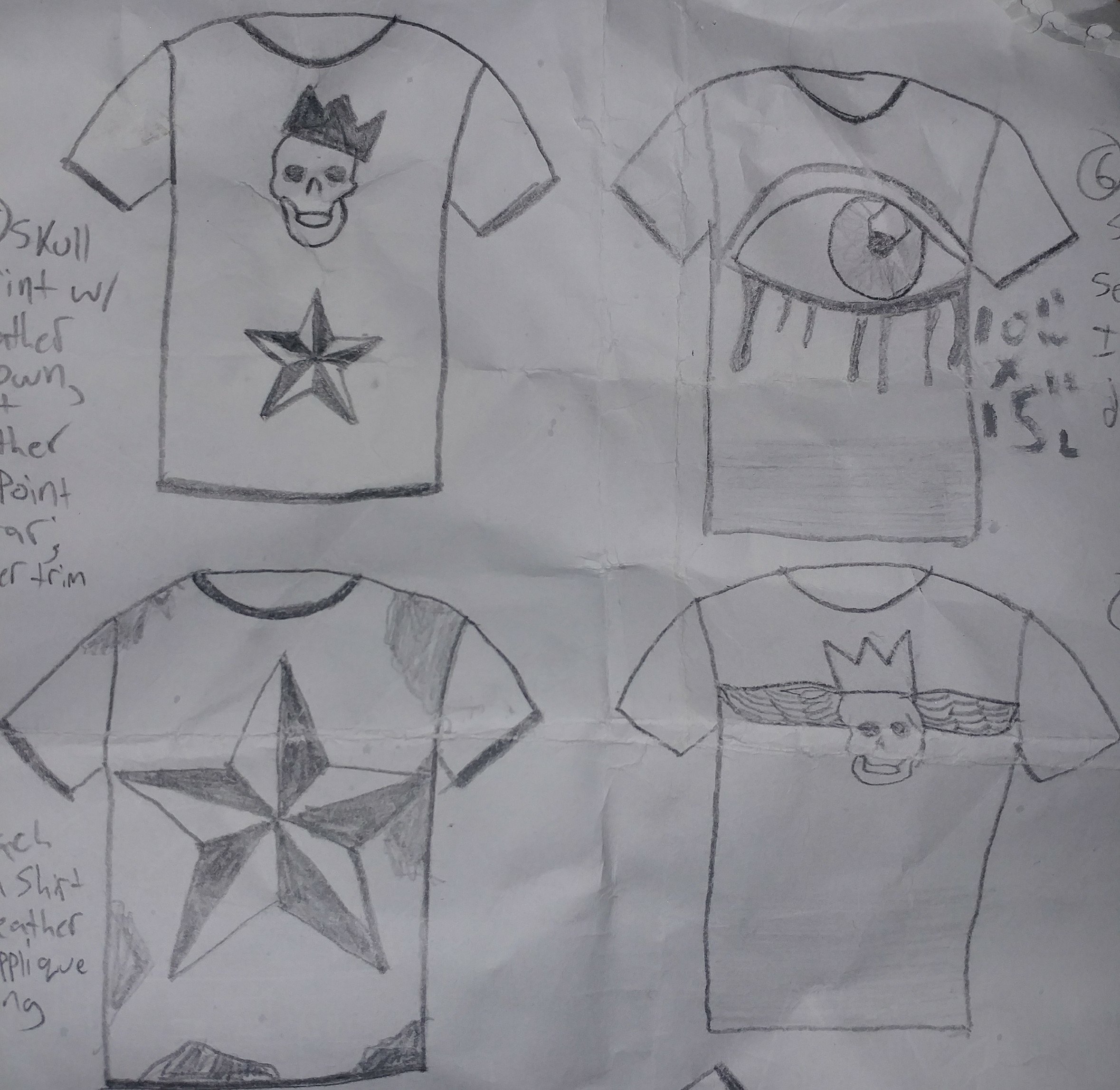 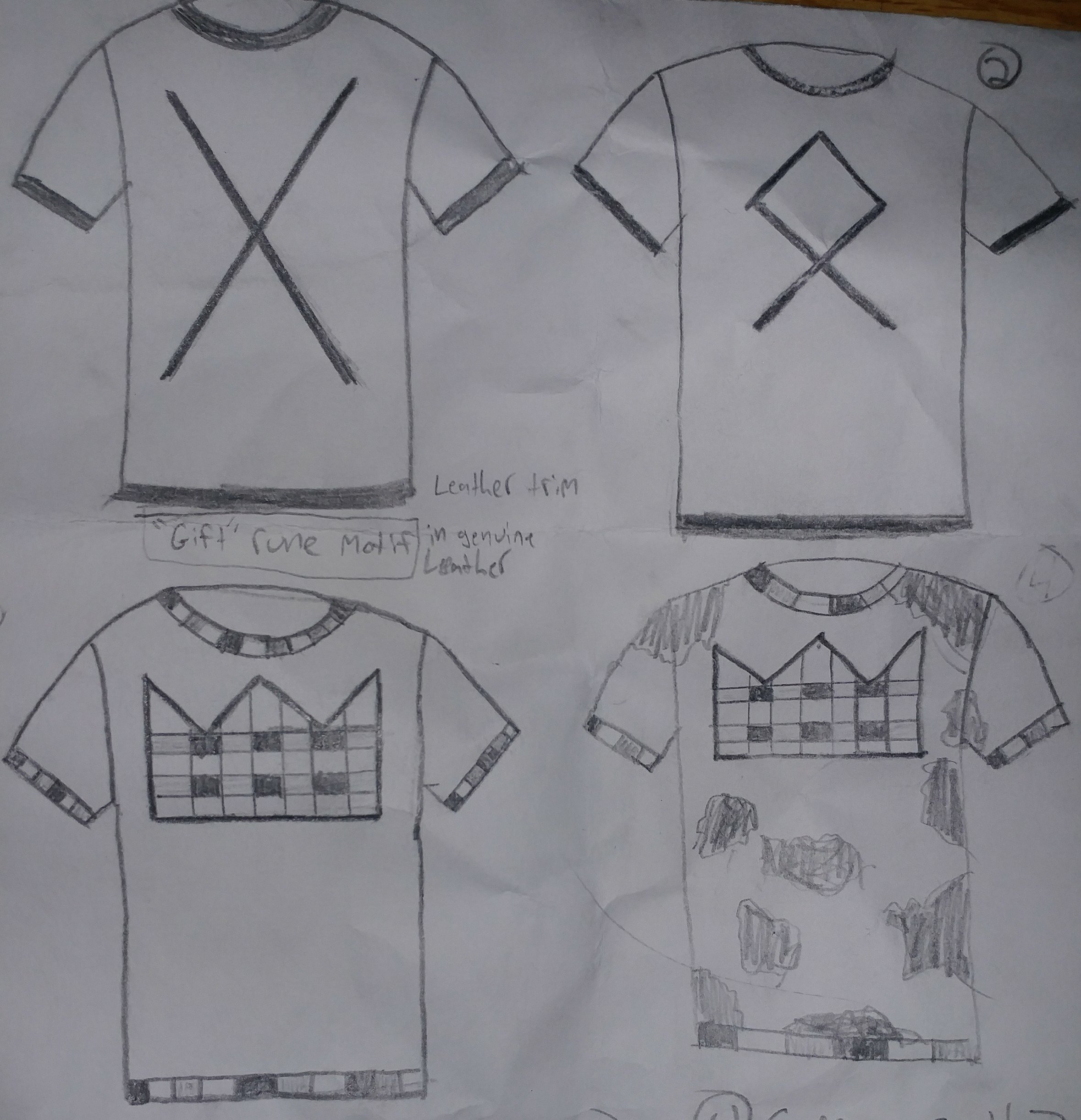 Commissioned at $120 per custom shirt, below are photos of a few shirts we came up with from the sketches as well as on the spot when I was producing them.

Below are a few close up shots.


As soon as the American leg of his tour launched in October 2017, he has been seen wearing the designs in fan photos.
Most recently he was spotted in Las Vegas with DJ Steve Aoki performing at Hakkasan Bar. Below are photos of them together. Kristian is seen wearing our FW17 LOST YOUTH t-shirt design, instagrammed by Steve Aoki. 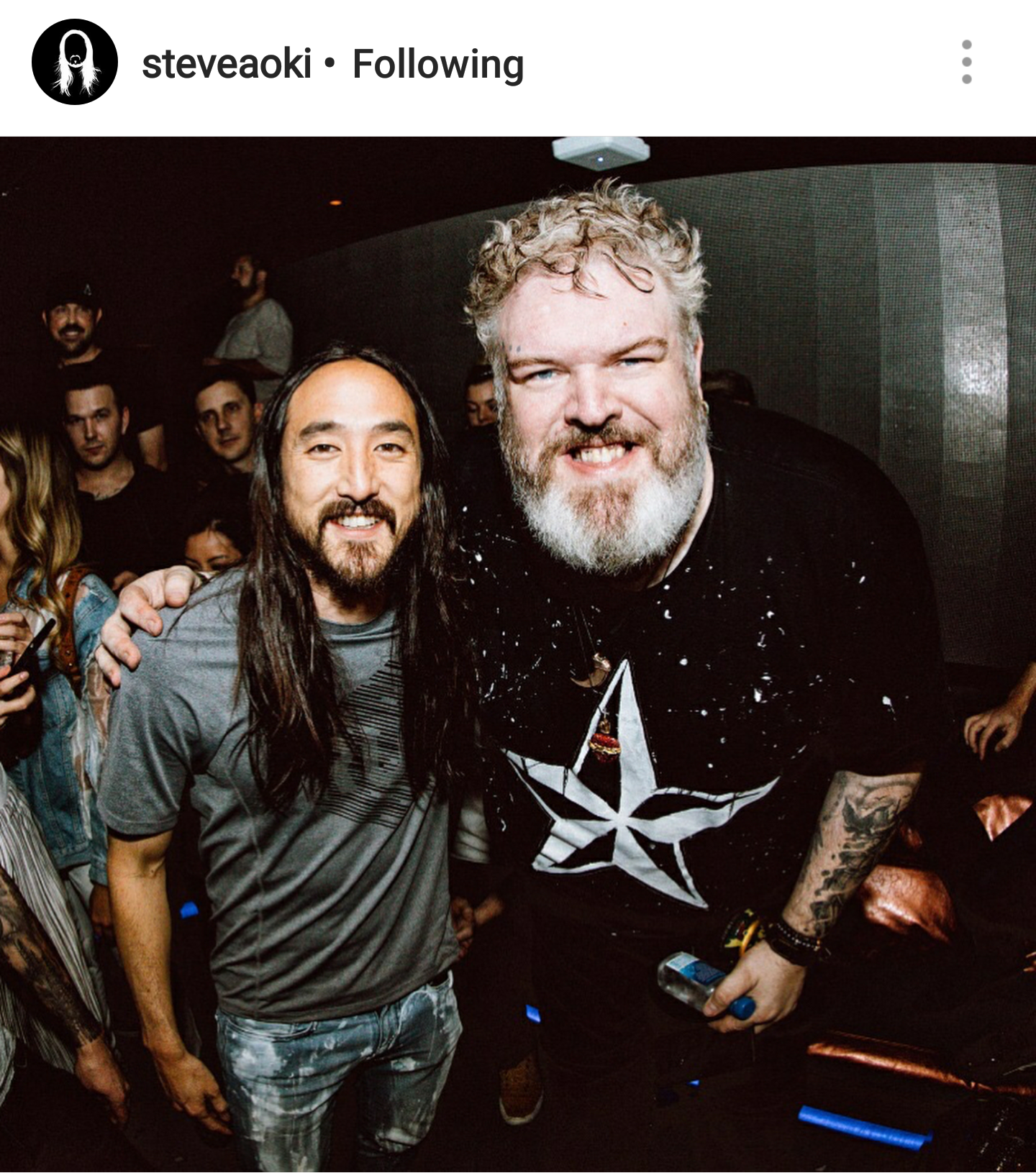 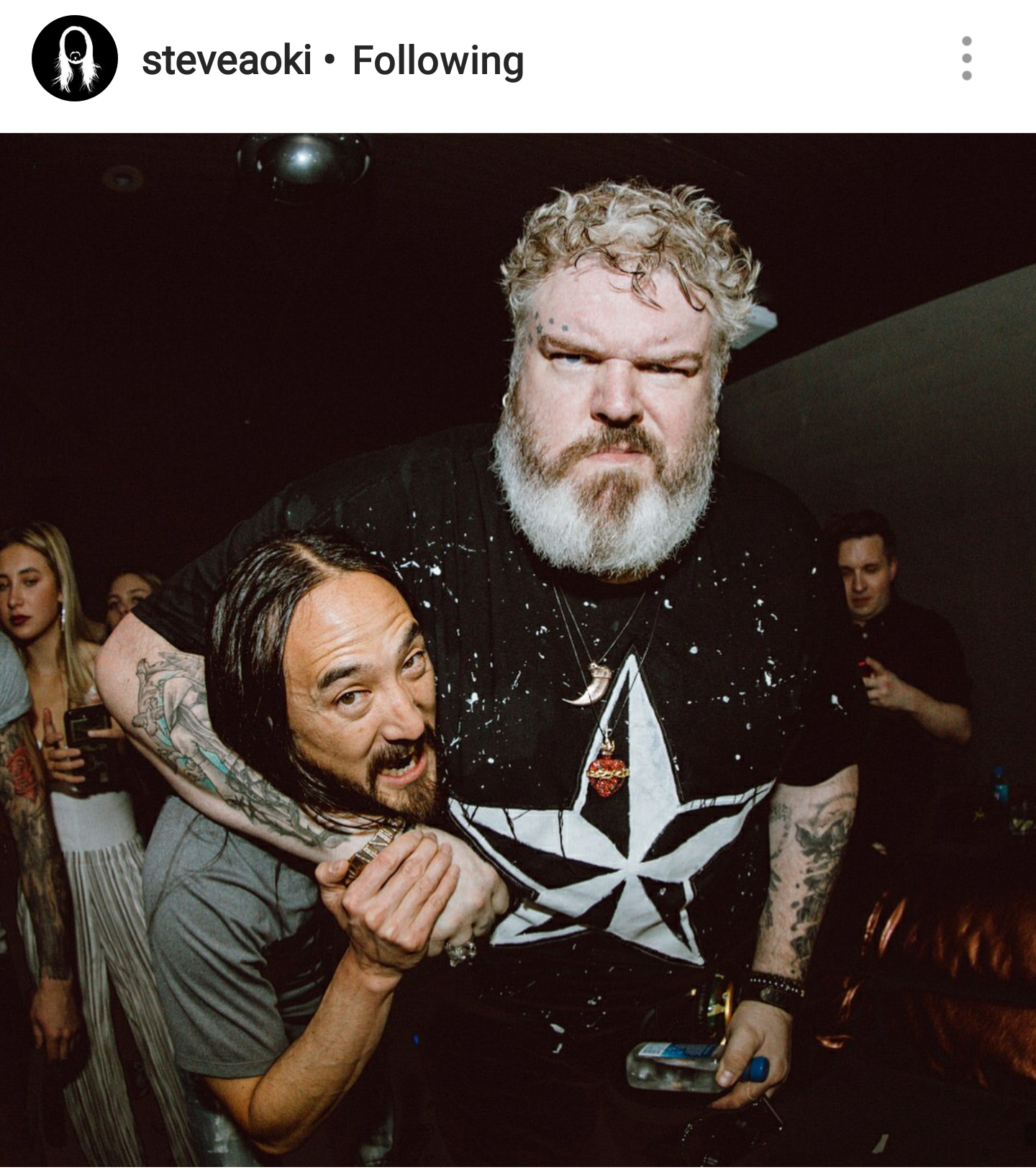 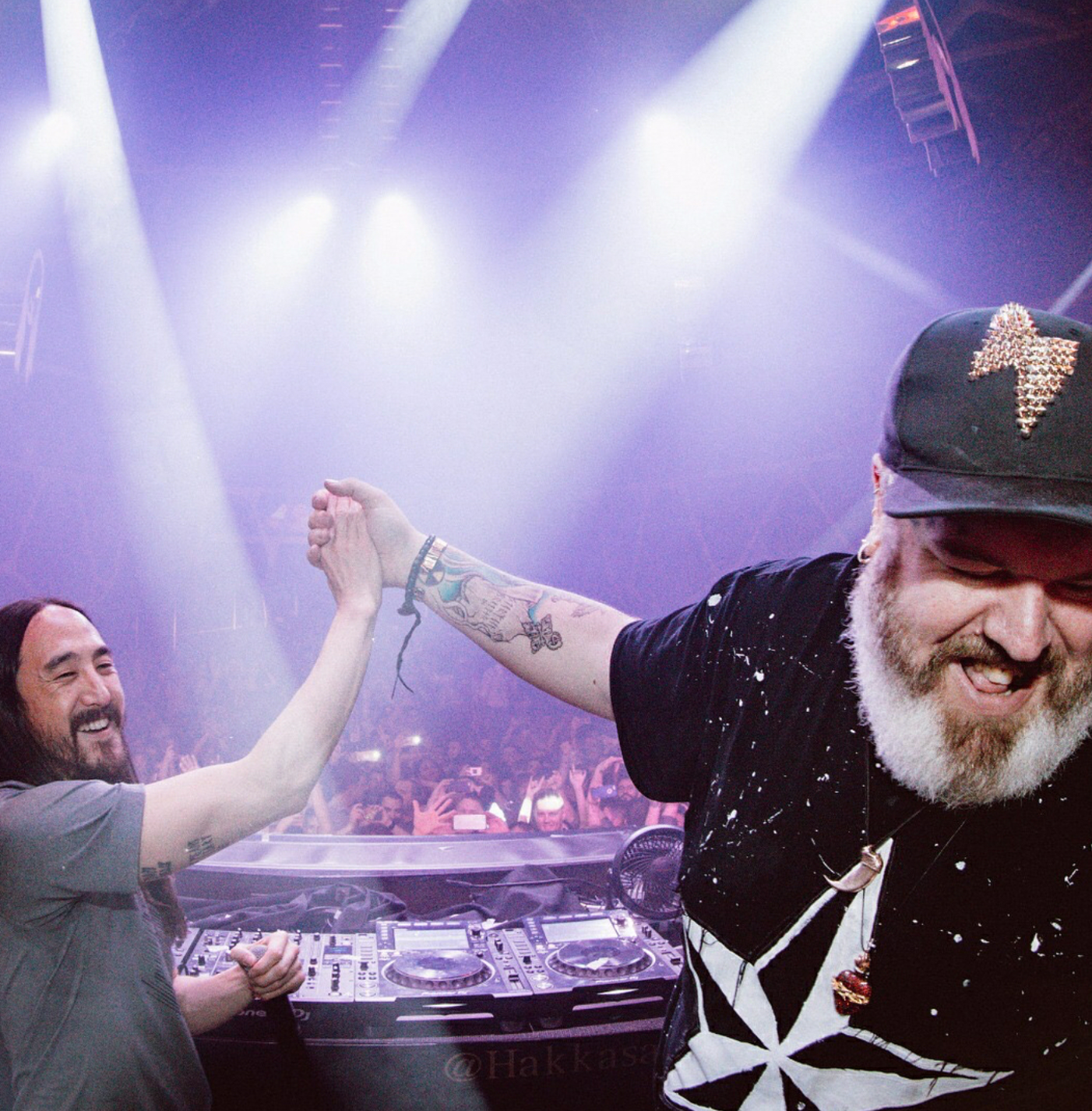 I am just about to ship our first custom jacket commission, which I am excited to upload the blog for!
-Stevie Crowne