When I imagine what my life was like when I came up with this idea originally for Black Market Toronto in 2016, it couldn’t be more of a 180 than what my life looks like today here in England. I was an emerging Canadian artist yet to breakthrough in the Toronto market, grinding and working endlessly to be seen and heard. I remember being stuck in the cycle of low paying/intern jobs at the beginning of my career and this shirt design was an intellectual statement on the times I was living in. Although I was doing what  I loved technically and I was working 5 jobs, I was still making minimum wage and struggling to pay the bills. The phrase for the tee is quite self explanatory- you get the gist of it. When you move to a new city with nothing but a suitcase, $100.00, and a dream, you have to just go for it; Peep and I shared that narrative in a way. 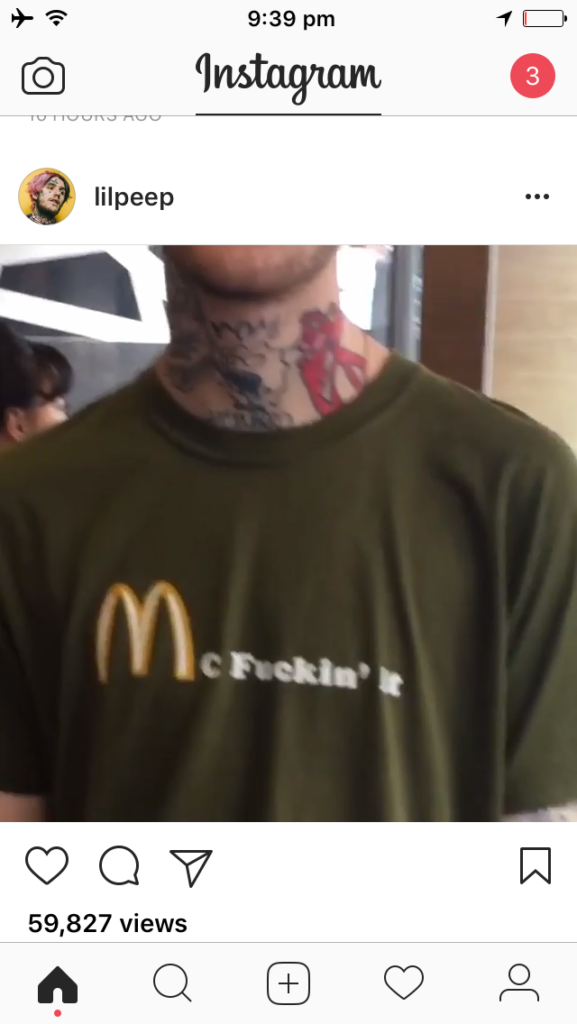 Fast track one year and some months later, I started to breakthrough in Toronto and the Mcfuckin’ it tee design I contributed for my old job was still being distributed. Lil Peep was on his final tour and made his last stop in Toronto, playing at the Phoenix in fall 2017. In February 2018 after his passing,  a screengrabbed video that he posted and photos surfaced of him at a McDonalds I used to go to for lunch when I worked at BM (On Spadina & Queen Street west); it was about a 5 minute walk from where we sold the Mcfuckin’ it tee’s. I’ll never forget connecting the dots, realizing he bought my design at my old job and wore it out to film that cheeky video. 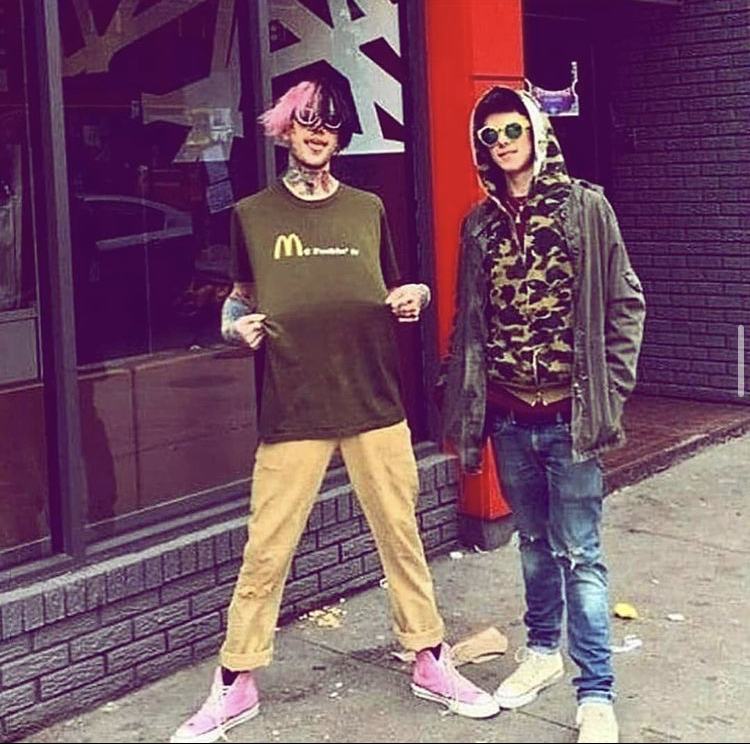 Ever since, die hard Peep fans have reached out to me to purchase from the original creator. It was more or less a upon request thing until now when some of his fans on Tiktok called for a re-release. This design has 100% been replicated over and over again by fast fashion, DIY artists, and so on; but that is not what this story is about. This story is about young kids going for their dreams no matter what, and breaking through whatever stands in their way to achieve their goals, just like Peep did.

What makes our re-release special is that I have the true story of its creation to tell and the story behind it to share with you all now. I have Peep to thank for supporting my idea at a time when I was really struggling in my career, being underpaid for my ideas, and posthumously connecting me with a beautiful community of individuals who support each other.

Rest in Power Peep. We all love you.

There are no reviews yet.

Only logged in customers who have purchased this product may leave a review.